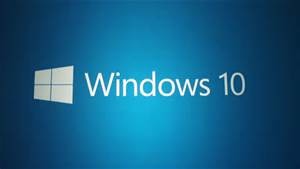 After getting off to a speedy start, Windows 10 adoption is continuing to flatten out.

In October, NetApplications estimated 7.94 market share among desktop operating systems for Windows 10, based on unique visits to a sampling of websites. That’s up from 6.63 percent in September, and 5.21 percent in August.

StatCounter, another metrics firm that measures usage share by pageviews on sample sites, estimated 9 percent usage for Windows 10 in October. That’s compared to 7.64 percent in September, and 5.38 percent in August.

Windows 7 remains the dominant desktop operating system according to both metrics firms, with 55.71 percent share according to NetApplications, and 50.26 percent according to StatCounter.

Why this matters: By offering free upgrades for consumers through next fall, Microsoft is hoping to break the cycle in which the most popular Windows versions are outdated or unsupported. From Windows 10 onward, Microsoft will deliver automatic updates, while making money through built-in services such as the Edge browser, Bing search, and the Cortana virtual assistant. The revenue plan isn’t going terribly, as Bing finally became profitable last quarter, but the latest usage data shows that older Windows versions aren’t going away anytime soon.

The slowing uptake of Windows 10 may explain why Microsoft is planning to get more aggressive with upgrades. Sometime next year, Microsoft will re-categorize Windows 10 as a “Recommended” update, rather than an optional one.

That means users who’ve chosen to receive recommended updates will download the Windows 10 installation files automatically. Depending on the user’s settings, the installation might also begin automatically. (Microsoft says users will still have an option to back out of the installation, and can roll back to a previous version of Windows anytime within the first 31 days.)

While Windows 10 is largely an improvement over previous versions, users may not want to upgrade for a variety of reasons, including software compatibility or comfort with their current version. The automatic download could also cause problems for users on metered connections, who will no longer be able to get automatic security patches without also downloading several gigabytes’ worth of Windows 10 installation files.